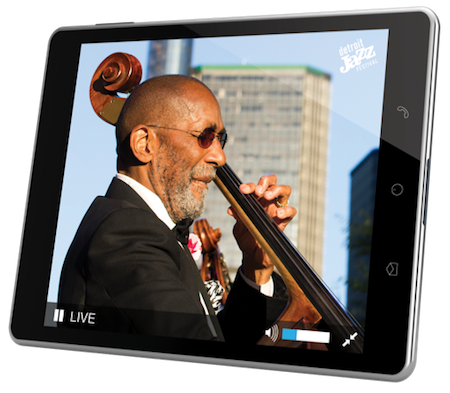 The Detroit Jazz Festival has announced more than 100 hometown artists will perform over Labor Day weekend on different stages set up in the central business district, including at Hart Plaza and Campus Martius Park.

The event will celebrate opening night with a jam session to honor George “Sax” Benson, a Detroit jazz saxophone soloist and educator, while the Mack Avenue Records Jam Session will begin at 11 p.m. in the Renaissance Ballroom at the Detroit Marriott at the Renaissance Center.

Benson taught generations of musicians from his home studio, Wayne State University, and the Detroit Wayne Music Studio, now part of the Detroit Saxophone Center, and will also be honored through The Legacy Series. The series will celebrate Benson’s artistry and mentorship and will showcase artists who are part of his legacy.

“The Detroit Jazz Festival Foundation is committed to the artists who have settled here, the ones who are from here, and the ones who represent and are living the legacy of the Detroit jazz scene,” says Chris Collins, president and artistic director of the Detroit Jazz Festival Foundation. “Year-round we get the opportunity to put Detroit’s depth of jazz talent in the spotlight through unique collaborative opportunities, our ongoing concert series, and, of course, the world’s largest free jazz festival.”

Other artists performing throughout the weekend will include:

“Booking artists is not an easy feat — especially in the Detroit region, which has an overwhelming number of phenomenal jazz players – and this year was no different,” adds Collins. “I think we have some really special collaborative and expressive performances coming from these artists and I can’t wait to see them play out.”

Additionally, the Detroit Jazz Festival will utilize the Detroit Jazz Fest Live app, which allows those unable to attend the festival to livestream performances on mobile devices for $10. The app’s other features, including maps, event details, artist bios, and more are available at no cost.

Detroit Jazz Festival Live is available here and at the Google Play Store, and via the Apple App store soon.