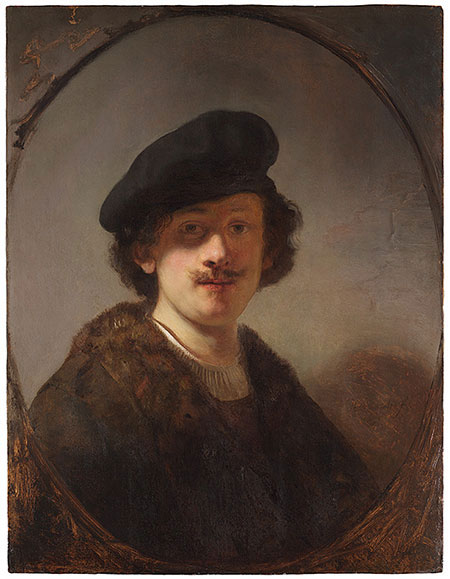 The Detroit Institute of Arts will soon become the temporary home of Rembrandt van Rijn’s Self-Portrait with Shaded Eyes, on loan from the Leiden Collection in New York.

The painting, to be displayed for one year on the museum’s third floor starting Dec. 19, is one of 40 self-portraits known to depict the Dutch artist. In this particular piece, a 28-year-old Rembrandt wears a fur coat and a beret that casts a shadow over his eyes.

Although the painting was created in 1634, it wasn’t discovered until the late-20th century. According to DIA officials, it had been hidden under another portrait, thought to be painted by one of Rembrandt’s students. In 1995, an X-ray revealed the signed Rembrandt self-portrait.

The borrowed painting will be displayed in the DIA’s Dutch gallery, where it will join the museum’s three permanent Rembrandt pieces: The Weeping Woman, The Visitation, and Titus.