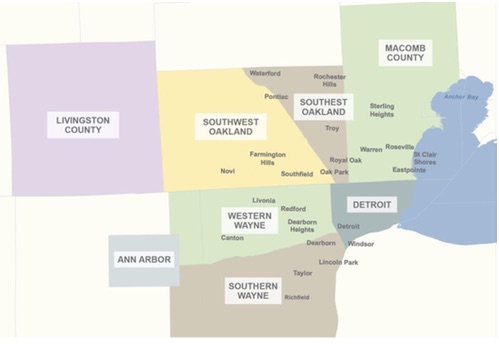 The added demand has increased rents for existing properties, while pushing the need for new construction to greater levels.

“The metro Detroit industrial market has not peaked as many speculated it would,” says Fred Liesveld, managing director of NKF’s Detroit office. “Based on shorter exposure time for available space, increased asking rents, and construction levels the industrial market is not showing any signs of cooling.”

Metro Detroit’s industrial market absorbed nearly 1.4 million square feet during the third quarter of 2017, driving its vacancy rate down 20 basis points to 5.3 percent. Since the third quarter of 2016, the average effective lease rate paid by tenants has increase 8.25 percent, while construction levels have increased 95 percent in the same time.

Seattle-based Amazon Inc. alone accounts for 45 percent of the construction increase in metro Detroit over the past four quarters, as the company has begun to invest heavily in distribution centers throughout the area. Amazon is also in the planning stages of constructing an additional one million-square foot facility in Shelby Township, while it has similar-sized distribution centers under construction in Livonia and Romulus.

As of third quarter 2017, active construction levels have reached 8.2 million square feet, and more than 72 percent are build-to-suits, while 28 percent are speculative projects.

A full version of the report can be found here.