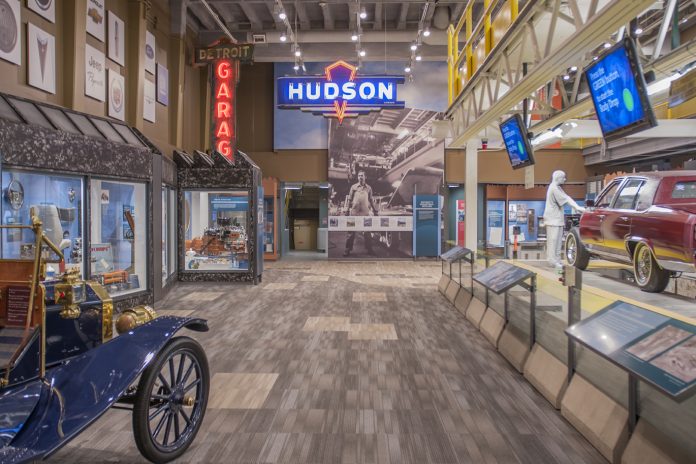 The Detroit Historical Society Tuesday announced Elana Sullivan has been named executive director and CEO after an extensive search. She will replace longtime CEO Bob Bury, who is retiring to pursue new opportunities.

In her new position, Sullivan will assume responsibility for the overall strategic direction, management, and operations of the Detroit Historical Museum in Midtown, the Dossin Great Lakes Museum on Belle Isle, and the Collections Resource Center, which is home to the city’s collection of more than 250,000 historic artifacts. Sullivan will start July 9.

“I am honored and incredibly excited to have been selected as the society’s next CEO,” says Sullivan. “Detroit and its history are worthy of being celebrated, something the Detroit Historical Society has done so well for nearly a century. This is a remarkable time of growth in our city, and I am proud to have the chance to be part of it.”

Sulllivan most recently served as chief advancement officer for Detroit County Day School in Beverly Hills. She has worked for nonprofits for her entire 28-year career.

She began her career in nonprofit management and development in 1990 at the National Multiple Sclerosis Society – Michigan Chapter, where she held numerous positions before joining the philanthropy department of Henry Ford Health System in 2001. She returned to the Multiple Sclerosis Society in 2007, serving as president for 10 years, during which there was a significant financial and cultural turnaround.

During her tenure, the organization received awards including the Alfred P. Sloan Award for Excellence in Workplace Effectiveness and Flexibility (for which the organization was an eight-time winner).

“This is an exciting transition for the Detroit Historical Society. Elana brings a depth of experience and an enthusiasm for nonprofit growth and innovation that will serve the society well at this exciting juncture in our history” says Thomas C. Buhl, chairman of the board of trustees of the Detroit Historical Society. “We look forward to continuing our positive momentum and growing our capabilities under her leadership.”

The society launched “Detroit 67: Looking Back to Move Forward,” a community engagement project, for which it was named a 2018 National Medal winner from the Institute for Museum and Library Services. The exhibition remains on display at the Detroit Historical Museum through 2019.

The Detroit Historical Society is a nonprofit organization in Midtown and was founded in 1921. It serves more than 150,000 people each year.