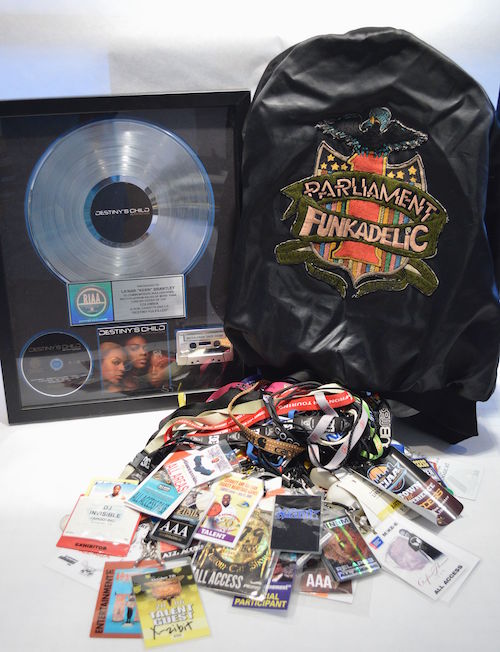 The exhibit, presented in partnership with Royal Oak-based Live The Music Foundation and Detroit School of Rock and Pop Music, will be held in the museum’s Community Gallery through Jan. 8. It will feature Detroit’s music scene in three major components: the places, the people, and the future.

“Detroit: America’s Live Music Engine” will showcase the venues in the city that have hosted live musicians, highlight stories of Detroit’s sidemen musicians, and discuss the future of Detroit’s musical legacy through the youth of today.

“(The exhibit) is a great celebration of Detroit’s rich musical history, from the workers who do it here in town — the sidemen— to some great and fantastic venues that are world class places to see some of the greatest acts on the planet,” says Jason Gittinger, executive producer of The Detroit School of Rock and Pop Music and executive director of Live The Music Foundation.

He says the exhibit will feature artifacts from The Fillmore, theater seats from The Fox Theatre, instruments, nearly 300 backstage passes, tour itinerary books that date back to the 70s, and costumes from various tours, such as Gwen Stefani, Katy Perry, Kid Rock, Bob Seger, and The Detroit Symphony Orchestra.

An opening event, featuring a live music jam session with The Detroit Retro Society, will be held for the exhibit from 7 p.m. to 10 p.m. on Oct. 20.

The Detroit Historical Museum, located at 5401 Woodward Ave., is open to the public from 9:30 a.m. to 4 p.m. Tuesday through Friday, and 10 a.m. to 5 p.m on Saturday and Sunday. Admission is available at no cost.

Founded in 1921, the museum features a variety of permanent exhibits including the Streets of Old Detroit, the Allesee Gallery of Culture, Kid Rock Music Lab, Doorway to Freedom: Detroit and the Underground Railroad, Detroit: The “Arsenal of Democracy,” the Gallery of Innovation, Frontiers to Factories, America’s Motor City, and The Glancy Trains.