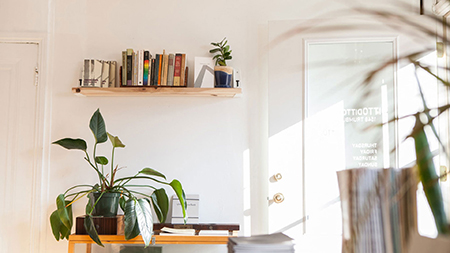 Floyd, a Detroit-based furniture manufacturer known for its “Floyd leg,” a tool for creating a table from any flat surface, has expanded its furniture offerings with designs for apartment living.

“We do furniture products that are meant for living in cities — pieces that are adaptable, easy to take with you, and non-disposable,” says Kyle Hoff, co-founder of Floyd. “It started, in a way, as a reaction to Ikea furniture where 20- and 30-year-olds are purchasing Ikea products that are well designed but are also not necessarily meant to last.”

In June, Floyd participated in the Pitch to Rich Detroit competition hosted by Virgin Group’s Richard Branson. The Virgin Group then flew out the duo to London in August to host a pop-up event at a gallery to connect with London-based customers.

“Up until that point, we were mostly a single product company, and it was really about showing that we were a larger brand with a larger identity,” Hoff says.

He says Floyd, which operates out of Corktown’s Ponyride, a studio space for entrepreneurs and artists, has a large international customer base, which makes up about 30 percent of its orders.

The seven-employee company re-launched its website last month, and now offers a wider variety of products, such as a coat rack that leans against a wall, a shelf, and a bench, among other products.

“We have some products we’re looking at releasing in the near future — it is very much about offering solutions for apartment (living) and there’s some really big ones we want to tackle,” Hoff says. “We’re (also) working on our international expansion and how we can get product overseas at more affordable shipping costs.”

He says in the future, he’d like to open a retail showroom in Detroit.â€‹