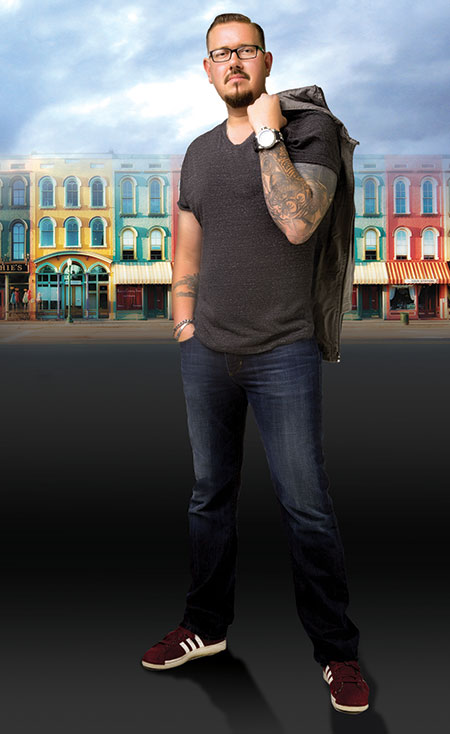 Start Up — a television docuseries that highlights entrepreneurs and businesses across the United States, including Meckley’s Flavor Fruit Farm in Hillsdale County — is returning this October to more than 350 public television stations nationwide.

And since picking up a fan base during season one, the show’s producers and crew haven’t been hurting for content, says Gary Bredow, Start Up’s creator and host.

“We get literally hundreds of submissions every month,” says Bredow, a Detroit entrepreneur and documentary film director. “So it’s between looking at the markets we’re going to, seeing what qualified submissions exist there, and then vetting them through personal contacts, chambers of commerce, social media, and just trying to find the best possible stories in that market.”

The film crew also made it out to Somerset Center, in Hillsdale County, where they visited with Meckley’s Flavor Fruit Farm, a family-owned apple orchard that produces and sells hard cider.

“They were at (Michigan International Speedway) and had a huge line at their booth, which captured the attention of Budweiser,” Bredow says. “And now all of a sudden, they’re being distributed by Budweiser, and I thought it was a fascinating story — a second-generation business that’s taking it to the next level.”

Also new to this is season is a “much deeper dive into the how-to,” Brewdow says. Each half-hour segment ends with a graphic and voiceover that provides a full scale summary of what went into launching the startups featured: their credit scores, how much money they had in the bank, and how much it actually cost to start to businesses.

Among the business experts providing insight throughout the 13-episode series are Daymond John, CEO of FUBU and TV Personality on ABC Shark Tank; Slava Rubin, founder and CEO of Indiegogo, and Julie Smolyansky, president and CEO of Lifeway Foods.

Air times vary by city, although the Detroit premiere is scheduled for 5:30 a.m. Oct. 7, Bredow says.

“Such a large percentage of successful people wake up between 4:30 and 5:30 in the morning, so we’re going to try to spin that into ‘Wake up with Start Up on Tuesday mornings,’” says Bredow. In addition, the show has also been picked up by Create TV, which will begin broadcasting the second season this winter.

A public release party is scheduled for 8 p.m. Oct.17 at the Twisted Tavern in Ferndale.