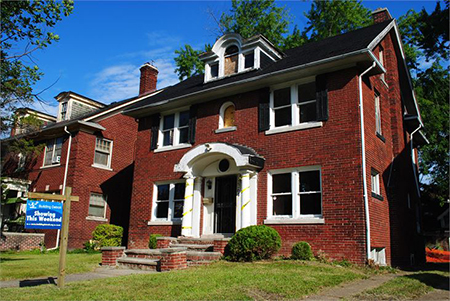 The Detroit Land Bank Authority will submit to the City Council this week a new incentive that would offer city employees, retirees, and their immediate families 50 percent off the winning bids of homes auctioned through buildingdetroit.org.

“There’s a couple of different things going on here, one being that we’re recognizing the fact that (the city’s) workers have made a lot of sacrifices here through the bankruptcy and everything else that has gone on,” says Craig Fahle, a spokesman for the Detroit Land Bank Authority. “So if these people, who are oftentimes our biggest champions, are looking to buy, we want to give them an incentive to locate here in the city of Detroit.”

Fahle adds that the city also benefits as the promotion encourages occupancy in vacant homes, which strengthens neighborhoods and boost the population.

The new promotion is an ongoing benefit that would be available to the nearly 9,000 people currently employed at city, 23,000 retirees, and their immediate family members. As Fahle puts it: “The more the merrier.”

“We’d love to have city employees buy a couple of houses at the auction, (where they move into one) and have their children move into the (other),” Fahle says. “This is the kind of thing that’s going to rebuild neighborhoods and keep those neighborhoods tight-knit.”

The city has held about 400 auctions through the Detroit Land Bank’s website, which first launched in May 2014. Since then, the city has closed on about 150 homes, which are undergoing various stages of renovations, Fahle says.

From the bidding process, homeowners are required to bring the property up to code and move in within six months, or nine months for those in a historic district.  “We’re starting to see people move in, because we’ve just reached the six-month threshold on the first auctions, so that’s been really gratifying,” he says.

The auction has been a challenge for many buyers, however, as the vacant homes need to be secured to prevent theft during the renovation process. What’s more, the vast majority of insurance companies won’t provide coverage until the dwelling is occupied.