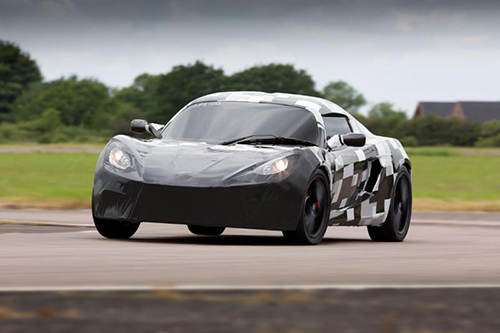 Detroit Electric, an international electric vehicle manufacturer based in Detroit, is in the final stages of testing its all-electric sports car in Europe, as it prepares to bring the two-seater, rear-wheel-drive vehicle to market next June.

The SP:01 will have a top speed of 155 mph, and will go from 0-62 mph in approximately 3.7 seconds, making it one of the world’s fastest pure electric production cars, say company officials.

Last year, a pre-production version of the open-top sports car was revealed in Detroit and Shanghai. Since the media unveiling, the engineers and designers at Detroit Electric have put in additional development work to the SP:01 design.

The SP:01 will be a limited-edition model with only 999 vehicles to be built.

Company officials say sales and production plans, as well as more car design details will be revealed in the upcoming weeks.

IN OTHER AUTOMOTIVE NEWS, TRW Automotive Holdings, based in Livonia, has launched a new seat belt retractor, the Floating Spool 1, which is a condensed version of previous designs.

The new technology will be put in production in the second quarter of 2014, with several vehicle manufacturers in Asia, Europe, North America, and South America.