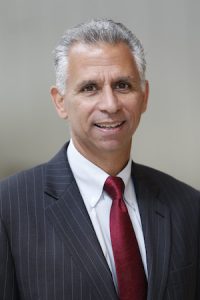 The Detroit Economic Club (DEC) has announced its Board of Directors has selected Steve Grigorian as the club’s president and CEO, effective this fall. Grigorian has served as the DEC’s COO since 2004.

“I am honored to be chosen to lead this venerable institution that is so vitally important to this city, region, state, and nation,” says Grigorian. “I thank Beth Chappell for her leadership, guidance, and mentorship during our 13 years together. I appreciate the opportunity to work with DEC Chairman Gerry Anderson and our Board to ensure the Club continues as a point of pride for Detroit for generations to come.”

Current DEC president Beth Chappell announced her departure earlier this year, having served the club since 2002. By the end of the year, Chappell will begin a role as executive chairwoman of RediMinds Inc., a data strategy, engineering, and innovation firm she co-founded in 2016.

“After interviewing several very qualified candidates, we realized that the best professional for the job was already inside our organization,” says James B. Nicholson, chairman of PVS Chemicals, who chaired the Board’s search committee. “Steve has been instrumental in building the Club to its current heights and will continue to grow the organization as its CEO.”

Anderson, chairman and CEO of DTE Energy, credits Grigorian for his roles in building the club’s Young Leader and student programs, while managing the operations for dozens of events annually.

“Steve has a vision for the future of the DEC and we look forward to working with him to continue the momentum that has kept the Club among the highest ranked speaking forums anywhere,” Anderson says.

Founded in 1934 as the Economic Club of Detroit, the club was reborn as the Detroit Economic Club in 2002. The organization is a non-partisan platform for the discussion and debate of important business, government, and social issues. With 3,800 members, including 1,200 young leaders, the club hosts more than 40 events per year.