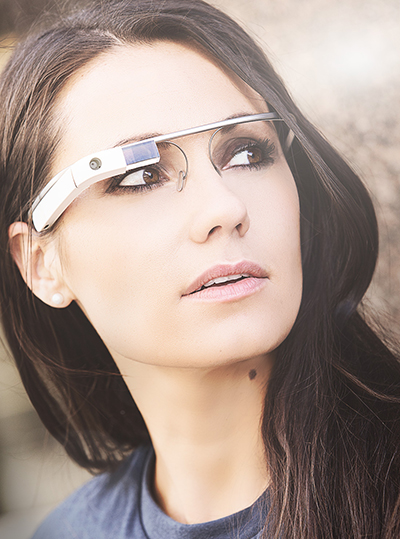 Since its first official introduction in April 2012, Google Glass — eyeglasses with the functionality of a smartphone — has yet to be released to the public, however several Detroit developers have already been are deeply involved in preparing applications for the high-tech product’s release.

Take Vectorform in Royal Oak, for instance. While the company has worked on a handful of apps, or Glassware, for clients, it’s predominantly running experiments that deal with augmented reality applications and hands-free interactions, says the company’s co-founder and co-CEO Jason Vazzano.

“A lot of customers are interested in wearable technology, but they’re looking to companies like us to show them how they can be used,” Vazzano says. “The success of the technology (relies) on making sure that it’s is in their lives and not in their way.”

Examples of Vectorform’s experiments span a wide variety of use cases and market segments. Among them, is the first responder scenario, which “is all about providing crucial health and identity info when first arriving to the scene of an automobile accident,” says Kevin Foreman, director of product vision at Vectorform. “Knowing the driver’s age, sex, and overall health is vital to assist them correctly. By using Google Glass to provide this information, the data is streamed in automatically and without any interaction from the first responders, leaving their hands free to assist with the rescue.”

Vectorform is also looking at using Google Glass in terms of group management — say a snow skier gets separated from a group of friends. “With Glass, we’re able to show the location of your other group members in 3-D space, so as you look around the slopes, you can see exactly where your other group members are, as well as their speed and altitude,” Foreman says.

While Vectorform is most interested in identifying innovative experiences that leverage the advantages that “wearables” provide, the company is still interested in aiding others who would like to design for Glass. Enter the recent release of the company’s Google Glass Design Toolkit for Designers.

“(The kit) helps because glassware is very different than a tradition website or app,” Vazzano says. “You have to consider voice input, gesture input.”

Other factors also influence the interface experience, according to Vazzano: “You also have to look at the environment, since the glasses will respond differently based on physical location. So, depending on if you’re indoors or outdoors, you might have to change your brightness levels.”

While Google Glass is only available to Glass Explorers for the time being, that hasn’t stopped Lincoln Calvalieri from working on a Google Glass application for his hyperlocal networking community Glocal, based in Detroit.

The company’s founder says he became interested in the wearable technology thanks, in part, to suggestions from his user base. The website, which launched two months ago, allows users to create local forums for their communities based on anything from the Detroit Red Wings to the city of Northville.

“Glass would allow the user to plot that forum on Google Maps,” Calvalieri says. “So, if you had your glasses on when you walk into Northville, you would get a prompt asking if you would like to interact with the Northville forum. From there you could easily post photos, announcements, and so on.”

As Calvalieri sees it, such an application of the technology would “really open the doors for submissions in Glocal content.” Currently, Detroit is the website’s third biggest market, clocking in after New York and Boston.

According to Calvalieri’s, the application is just coming to the end of its conceptual stage, and now his team is “playing around with coding and libraries at a higher level. Over the next few months, we’ll take those plans and actually put them into development.”

While Calvalieri notes that his team “can’t connect what we built with Google Glass until we get the product,” he’s quick to add that they have already started working on the site’s development in anticipation for glass integration.

Originally from Northville, Calvalieri attended Syracuse University and was living in New York up until he received funding for Glocal from Compuware Ventures in Detroit. He is now located on the fourth floor of the Compuware  Building and has been developing the website for nearly two years.