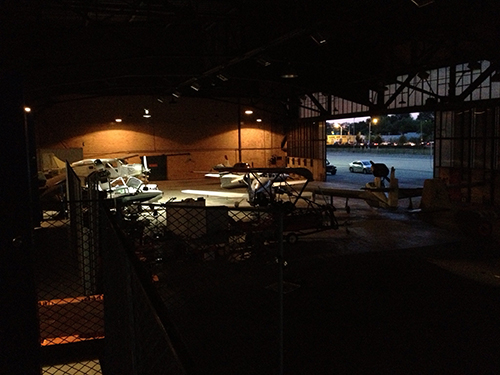 The Coleman A. Young International Airport is in discussions with two passenger service airlines to begin operation in spring 2015. The two airlines, which have not been named, would service destinations within 600 nautical miles of Detroit, including such markets as New York, Boston, Chicago, and Kansas City.

In addition, the airport has been working with the Detroit Fire Department to establish a Fire Training Academy at the west end of the airport by re-purposing the former Davis Aerospace Technical High School. The academy, scheduled to be operational in June, would replace an aging facility and train firefighters from around the world as well as current firefighters and 240 recruits that will be hired by the Detroit Fire Department over the next several months.

As part of Detroit’s reorganization from Chapter 9 bankruptcy, roughly $29 million has been earmarked for airport improvements over the next five years, says Jason Watt, director of Detroit City Airport. Nearly every aspect of the airport will be addressed with the new funding, including renovation of the Executive Terminal and aircraft bays, the replacement of so-called T-hangers for smaller planes, updates to the passenger terminal, and overall beautification.

“Mayor Mike Duggan and his staff have really spent a lot of time and energy working with us to define this plan and to grow the airport,” Watt says. “Since I’ve been here, (traffic) has grown 34 percent in each of the last three years, and we are on pace to grow another 34 percent this year. We’ve experienced a lot of growth in the corporate sector.”

Working with Avflight, the airport’s fixed base operator, Watt says corporate services were improved, while aviation fuel prices, which had tripled under former airport director Delbert Brown, were brought back to competitive rates. Brown submitted his resignation in September 2010 following a city audit that showed financial mismanagement and questionable contracts at the airport.

“It’s a new day at Detroit City Airport, which is evidenced by all of the corporate aircraft users that are coming back, which are the most discerning and well-educated people in the industry,” Watt says. “We are applying for our FAA 139 airport certification to begin passenger service, which is very stringent, as you can imagine. The good news is with the new planes, we don’t need to expand the (two) runways.”

Passenger aircraft to be used at city airport include the Bombardier Q400, which holds 80 passengers, and the Bombardier CSeries, which accommodates 100 passengers. “Mayor Duggan has been talking about a new day in Detroit, and our staff here, working hand-in-hand with the administration, is working hard every day to make that happen,” Watt says.