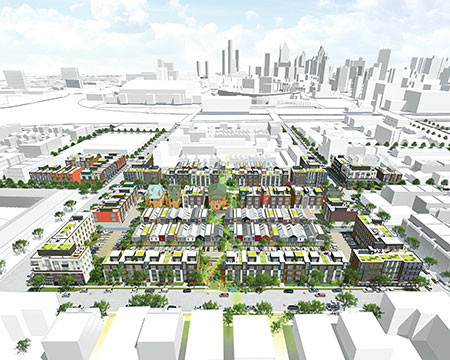 The city of Detroit and Bedrock Real Estate, among others, today announced plans to redevelop about eight acres of property in Detroit’s Brush Park neighborhood into about 400 residential units, with 20 percent of those units being affordable.

“We are reaching out into the entire community to make sure every single interest in this project will be able to reach out and see where they fit in,” says Marvin Beatty, vice president of community and public relations at Greektown Casino and one of several investors in the project.

The $70 million development will include the rehab of four historic mansions, along with the addition of row apartments and condos, carriage homes, and service-oriented retail. Properties will be both for rent and for sale. 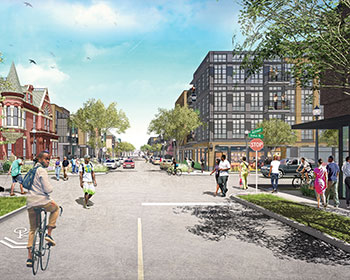 Partners in the project include Steve Rosenthal, a principal at Bedrock Real Estate Services, Quicken Loans’ real estate arm; Freman Hendrix, a Detroit businessman and a former deputy mayor of Detroit, the Henry Ford Health System, and Pam Rodgers of Rodgers Chevrolet, among others.

The Brush Park neighborhood, considered one of Detroit’s oldest neighborhoods, encompasses 24 blocks in Detroit’s Midtown district. The neighborhood is bound by Mack on the north, Woodward Avenue on the west, Beaubien on the east, and the Fisher freeway on the south.

Work on some of the historic homes will begin in the summer, and new construction is expected to begin by the end of the year.