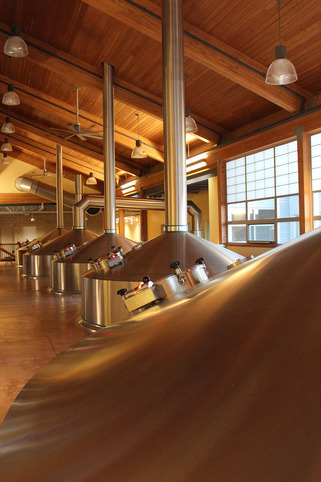 Walbridge, a large contractor based in downtown Detroit, will expand Bell’s Brewery campus in Comstock, near Kalamazoo. Walbridge will construct 200,000 square feet of additions, including a new bottling hall, a keg storage building, and a warehouse.

“Local business is a strong theme for Bell’s, and many of us in Michigan identify with that,” says Kirk Frownfelter, general manager of Walbridge’s West Michigan office. “We’re particularly proud to say that every Walbridge employee working on this construction site lives in West Michigan.”

Bell’s Brewery, a regional craft brewery founded in 1985, plans to increase its annual capacity to about 1 million barrels to meet the growing demand for the brewery’s beers, which include the Bell’s brand and Oberon.

Construction on the project will begin immediately, and includes a 13,000 square foot keg storage facility and a 100,000 square foot logistics center and warehouse. Within the warehouse, Walbridge is constructing a 14,000-square-foot drive-in keg cooler.

Walbridge, founded in 1916, has operations throughout North America, South America, and the Middle East. The firm has worked on Detroit Metro Airport’s North Terminal redevelopment, the University of Michigan’s Lawyers Club renovation, and the renovation of Ford’s stamping plant in Dearborn, among other projects.

Bell’s Brewery’s bottling hall and warehouse are scheduled to be completed by the end of the year, with full operation beginning in February 2016.