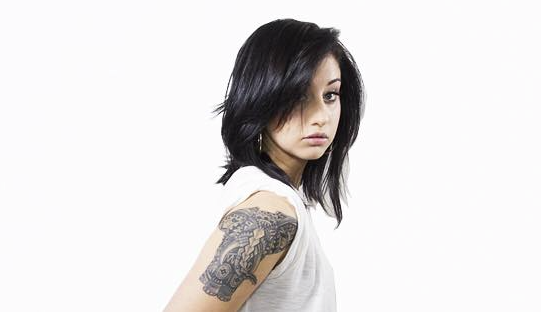 “The key elements of vocals and songwriting underpin everything we do with the label, and with Jena Irene it was hard to believe that such a young woman could write with such maturity,” says Sarah Clayman, a co-founder of the label who also co-founded the Detroit Institute of Music Education. “Her voice is a force of nature, but it’s what she sings that counts, and she has the songs.”

After touring with other 2014 finalists from the show and living in Hollywood, Irene is now recording her debut album at Studio A in Dearborn. The album is expected to be released sometime this year. Irene’s touring schedule is scheduled to begin this summer, and the alternative singer-songwriter is in the process of putting together a new live band.

Original 1265 has also signed Detroit artists such as MPV, a rock band, and Charity, a jazz singer, as well as the British band Wildflowers.

“With an artist like Jena Irene, it’s important to take our time to get everything exactly right,” says Kevin Nixon, label co-founder. “She’s an international artist, and age isn’t a factor. When people hear her music, no one will even think about her being only 18 years old, because she has a timeless quality to her music.”