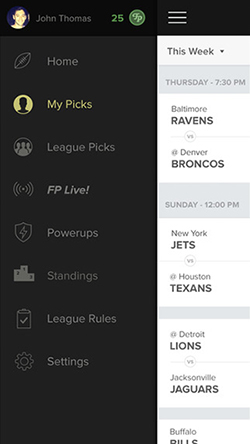 “Our FourPlay Football app solution is a fun game based on picking teams over individuals, without the time commitment, and we know the market for this type of fantasy sports application is huge,” says Jeff Johnson, co-founder of FourPlay Sports.

Johnson says while the FourPlay game has been around for decades, a recent surge in the number of users has helped raise money to create the app to play the game online.

The game involves picking a team instead of individual player performance. Players form a league and then make four game picks each week.

“There’s a big void in this market for a game that frees the user from time-consuming research and management of individual players, which is why we’re releasing our market-tested and beloved game to the public,” says C.J. Karchon, co-founder of FourPlay Sports.

The free app is available for both Apple and Android phones.