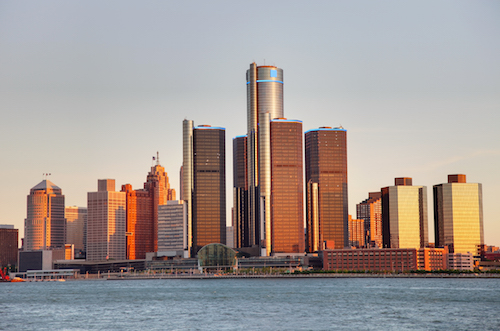 “The talent of Clearzoning significantly strengthens our community-planning abilities and deepens the service portfolio we offer to our clients,” says Scott Clein, president and partner at Giffels Webster. “Clearzoning’s service and culture mesh with Giffels Webster’s philosophy of improving quality of life in the communities we serve.”

This month, Clearzoning will begin transitioning its team to Giffels Webster’s offices in Detroit, Birmingham, and Washington Township.

At that time, Rodney Arroyo, president and co-founder of Clearzoning, which has nine employees, will become a partner at Giffels Webster.

“We believe joining Giffels Webster is the next step to elevating the reach and impact of our proprietary service,” Arroyo says.

Giffels Webster, which has 96 employees, will continue offering Clearzoning’s namesake product that converts zoning ordinances into illustrated, digital documents, and its planning process for downtown districts.

With the acquisition, Giffels Webster will employ a workforce of more than 100 professionals.