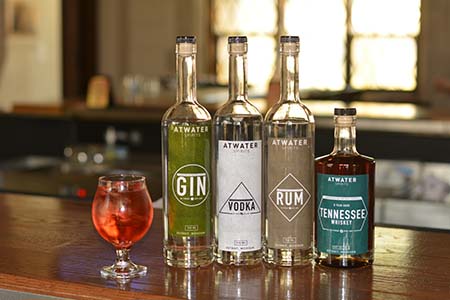 Detroit-based Atwater Brewery, a craft beer brewery which has a biergarten and tasting room, is adding a line of spirits that includes whiskey, rum, vodka, and gin.

“We are very excited to introduce a whiskey as the first in our line of handcrafted spirits,” says Mark Rieth, president of Atwater Brewing. “For us, it has always been about making fantastic high quality liquids. This keeps things fresh for us and has everyone excited.”

Rieth says Atwater has purchased a 250L Reflux Distilling System to produce the spirits. The spirits will be available Thursday at the company’s biergarten and tap house at Atwater in the Park in Grosse Pointe Park, which is managed by the Epicurean Group, and eventually at the tap room in Detroit’s Rivertown district.

“There’s a cool cavalier attitude in craft distilling now, not unlike it was years ago when we got into the craft beer category,” Rieth says.

The company is also continuing construction on a new brewery in Austin, Texas, with plans to continue to expand its biergarten and tap house concept to two additional Michigan markets.