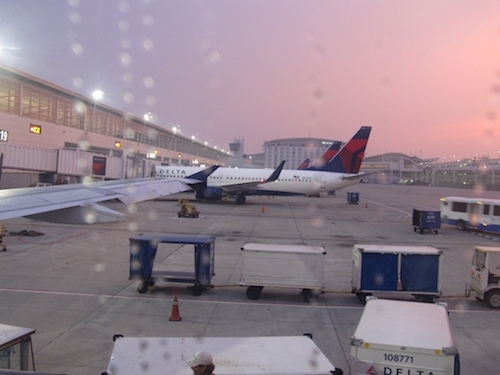 After announcing a historic partnership with Aeroméxico in December, Delta Airlines has today launched a cash tender offer through the Mexican Stock Exchange to acquire up to an additional 32 percent of the company’s outstanding capital stock for $53 per share. The difference from the previously announced price of $43.59 per share is the result of interim exchange rate movements and other factors.

Delta’s hub at Detroit Metropolitan Airport in Romulus, as well as others in Atlanta, Los Angeles, Minneapolis-St. Paul, New York, and Salt Lake City will continue to offer more travel options to Mexico, including a non-stop flight from Detroit to Mexico City. Likewise, Aeroméxico has offered increased flights through Mexico City, Monterrey, and Guadalajara. Services are projected to increase and improve as the partnership between the two companies continues to grow stronger.

Currently, Delta owns approximately 4.2 percent of Grupo Aeroméxico and holds options to acquire an additional 12.8 percent. If fully subscribed, following completion of the tender offer, Delta would own or have options to acquire up to a total of 49 percent of the company’s outstanding shares.

Completion of the cash tender offer is subject to certain conditions, including acceptance of the offer by holders of at least 25 percent of the outstanding shares of Grupo Aeroméxico and the receipt of required antitrust approvals in Mexico.

“This is the next step in expanding our longstanding relationship with Aeromexico, a partnership built on our shared commitment to our customers in the U.S. and Mexico,” says Ed Bastian, Delta’s CEO. “The tender offer and investment will further strengthen the relationship that will be established when our joint-cooperation agreement is implemented in the second quarter.”

Delta and Aeroméxico launched their first codeshare in 1994, and entered into an enhanced commercial agreement with Aeroméxico, before Delta invested $65 million in shares of Grupo Aeroméxico in 2012. The companies entered a joint-cooperation agreement in March 2015 relating to flights between the United States and Mexico, and both companies received immunity from both countries’ antitrust laws. Delta and Aeroméxico have accepted the conditions of this immunity from the U.S. Department of Transportation and the Mexican Federal Economic Competition Commission, and are in the process of implementing the required remedies.

Delta Airlines currently serves more than 180 million customers per year, and is continually working to be the best airline in Latin America in the Caribbean. The airline currently provides service to 33 countries and 55 destinations throughout the region.

A Spice in Sales