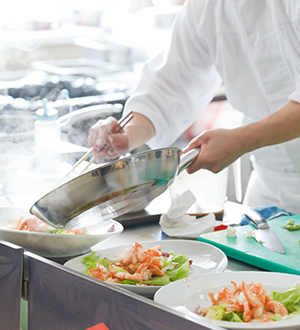 Michigan’s restaurant industry is projected to post overall sales growth of nearly 5 percent this year and reach $15.4 billion in sales, says the National Restaurant Association in the group’s annual forecast.

“The restaurant industry continues to be an undeniable catalyst for job-growth in Michigan, fueling the state’s economic recovery and providing many their first opportunity in the workforce,” says Justin Winslow, president and CEO of the Michigan Restaurant Association.

“While restaurateurs will face some real challenges in 2016, most notably a scarcity of qualified labor and thin profit margins, there are many reasons to be excited about the future of the industry in Michigan,” Winslow says. “From a booming restaurant scene in the city of Detroit and its many new intriguing chef-driven concepts, to maturing restaurant communities in Grand Rapids, Ann Arbor, Birmingham, and more, there is a national focus on Michigan right now as a culinary destination.”

Winslow says trends and challenges the industry could see in 2016 are a shallow labor pool as recruitment and retention of employees re-emerges as a top challenge for restaurant operators; a growing number of minority- and women-owned restaurants; and growing technology pains, with two in five consumers saying technology makes restaurant visits and ordering more complicated.

For more information on the 2016 Restaurant Industry Forecast, click here.