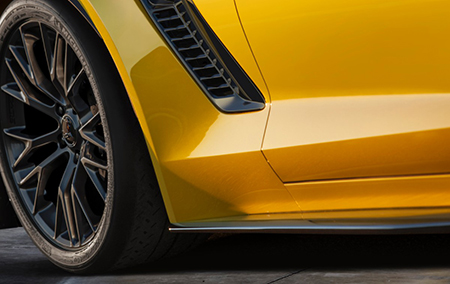 The Chevrolet Corvette Z06 will make its public debut at the 2014 North American International Auto Show at Detroit’s Cobo Center in January. The new model is being touted as the most track-capable Corvette ever.

Production for the 2015 model is expected to start in late 2014 and follows the addition of three other performance cars — 2014 Chevrolet SS sedan, which launched in October; 2014 Corvette Stingray Convertible, on sale this month; and Camaro Z/28, in dealerships in the second quarter of 2014.

“No other manufacturer will be able to match the breath of performance cars from Chevrolet,” says Alan Batey, senior vice president of Global Chevrolet.

For the first 11 months of 2013, Chevrolet has accounted for about 25 percent of all performance car sales in the U.S. as Corvette and Camaro continue to lead their respective segments. 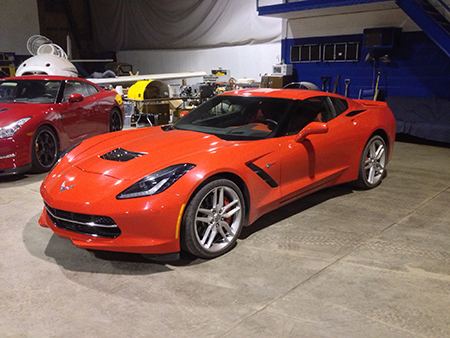 Corvette outsold its closest competitor, the Porsche 911, for the first 11 months of 2013, despite the fact that Corvette production was halted for six months as the Bowling Green, Ky. assembly plant prepared to build the 2014 Corvette Stingray. In November, Corvette sales jumped 229 percent year-over-year. Demand for the new Stingray continues to outstrip supply, the automaker says.

In related news, GM announced today that Chevrolet would no longer have a mainstream presence in the European market. Beginning in 2016, GM will compete in Europe’s volume markets under its Opel and Vauxhall brands and will tailor its presence to offering select iconic vehicles — such as the Corvette — across Europe. It will continue to have a presence in Russia and the Commonwealth of Independent States.

“Europe is a key region for GM that will benefit from a stronger Opel and Vauxhall, and further emphasis on Cadillac,” said GM Chairman and CEO Dan Akerson. “For Chevrolet, it will allow us to focus our investments where the opportunity for growth is greatest.”

The automaker will continue to provide warranty, parts, and services for Chevrolet vehicles, and for vehicles purchased between now and the end of 2015, says Thomas Sedran, president and managing director of Chevrolet Europe.

At right: Chevrolet released the 2014 Corvette Stingray earlier this year. A convertible version will go on sale this month. Photograph by R.J. King.