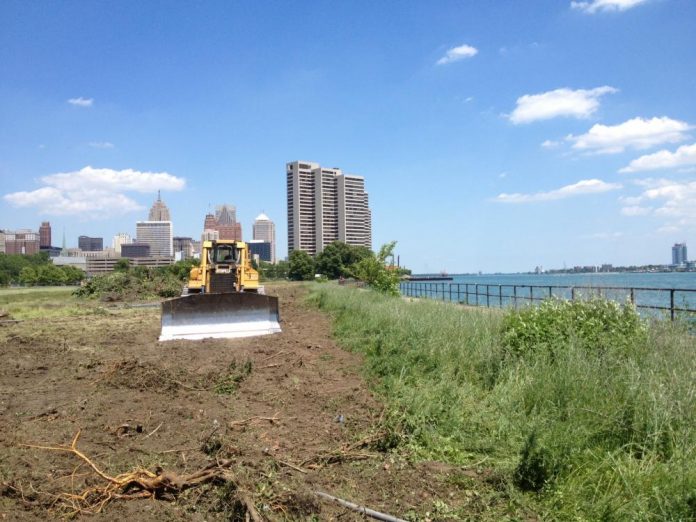 The competition is led by the Detroit RiverFront Conservancy and largely funded by a $345,000 grant from the Ralph C. Wilson Jr. Foundation in Detroit.

“Our vision for the Detroit Riverfront is bold and aspirational,” says Matt Cullen, chairman of the Detroit RiverFront Conservancy board of directors. “This is a special moment for our city. We are working to complete our vision for the East Riverfront, which has become a catalyst for billions of dollars of economic development and is visited by millions of people every year. West Riverfront Park will be a regional magnet for recreation and it will have a profound impact on the lives of Detroiters for generations.”

Development of the park is estimated at $50 million.

The winning team will be announced this spring by a jury of representatives from the Detroit RiverFront Conservancy, the City of Detroit, the Ralph C. Wilson Jr. Foundation, and architectural design and planning experts.

“This project is driven by a community-led design process,” says Mark Wallace, president and CEO of the Detroit RiverFront Conservancy.  “We started this work by taking Detroit residents to see amazing parks around the country. This public design exhibition will allow thousands of people to interact with these design concepts. Our process is turning heads around the country.  It has taken community input to a new level and other organizations are following our lead when it comes to public engagement.”

The Detroit RiverFront Conservancy is a nonprofit organization founded in 2003 to develop public access to Detroit’s riverfront. The organization’s ultimate goal is to develop the approximately 5 ½- miles of riverfront between the Ambassador Bridge and the MacArthur Bridge at Belle Isle.

More information about the conservancy can be found here.