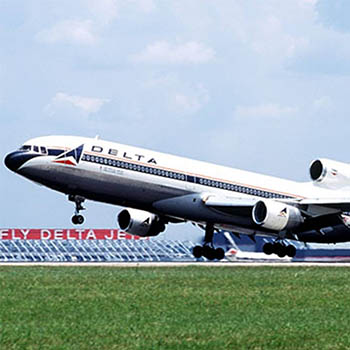 Delta Air Lines announced today it will add six weekly flights from Detroit to Munich beginning next May.

Dwight James, senior vice president of Delta Trans-Atlantic, says the flight be will the airline’s second daily service between the United States and Munich, adding “Detroit to Munich is important for our corporate customers…”

The new flight was announced as part of Delta’s effort to boost its trans-Atlantic route portfolio. The airline will also offer daily flights between Minneapolis and Rome; New York and Edinburgh, Scotland; Salt Lake City and London; and Raleigh and Paris.

The nonstop flight will leave Detroit at about 10 p.m. and arrive in Munich at 12:30 p.m. the next day. The flight leaves Munich at 12:30 p.m. and arrives in Detroit at 4 p.m. The flight will be operated using a Boeing 767-400ER aircraft, a twin-engine plane with about 240 seats. The service, beginning May 26, will be operated with Delta’s partners Air France, KLM, and Alitalia.

“Our five new routes will complement our returning seasonal service for a full summer of trans-Atlantic flying in 2016,” James says.