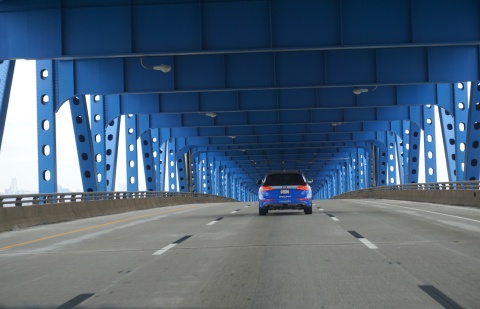 A team from Delphi Automotive Inc., which has its regional headquarters in Troy, this week completed the first coast-to-coast trip of its kind by an autonomous vehicle.

“Our vehicle performed remarkably well during this drive, exceeding our expectations,” says Jeff Owens, Delphi’s CTO. “The knowledge obtained from this trip will help optimize our existing active safety products and accelerate our future product development.”

The trip, from San Francisco to New York, covered nearly 3,400 miles and took nine days. The car drove through 15 states and encountered complex driving situations along the way, such as bridges, traffic circles, construction zones, and various weather conditions. The vehicle was driven 99 percent of the time in fully automated mode.

Along the way, the team collected nearly three terabytes of data — about 30 percent of all of the printed material in the Library of Congress.

The autonomous car was developed using a 2015 Audi SQ5. Multiple additions, such as a radar unit, camera, and GPS were added to the vehicle.

Delphi Automotive has been introducing a steady stream of autonomous-related found in a fully automated vehicle, including camera systems and lane departure warnings.