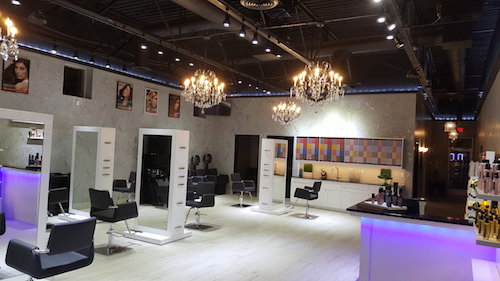 As part of an expansion plan, Dearborn-based Salon 360 and Med Spa has opened a new location in Garden City.

Located at 31452 Ford Rd., the salon’s services include haircuts and styling, a variety of facials, the application of permanent make-up, massages, Botox and Juvederm injections administered by a board certified physician, and more.

“(We opened the salon) to service more of our customers because we have a lot of clients that are from Canton Township, Garden City, (the) Dearborn Heights area, (and) we want to service the community here as well,” says Mona Hassan, founder of Salon 360 and Med Spa. “This location is unique because it’s on the perfect side of town. It’s a corner, it’s right on Ford Road and Merriman Road. So it’s really visible to the eye while you’re driving.”

Hassan, who designed the interior of the new space to look “modern” and “elegant,” says the Garden City salon is larger than the Dearborn location, which opened in 2006 at 23437 Michigan Ave. The new space has eight stations for hair styling services and five rooms, including a private area for women who wear a hijab headscarf.

She says the salon will hire up to 10 employees to work at the new location, and will also transfer employees between its two locations based on staffing needs.

The new location will host a grand opening ceremony on Nov. 15, and guests will have the opportunity to view demonstrations of beauty services.