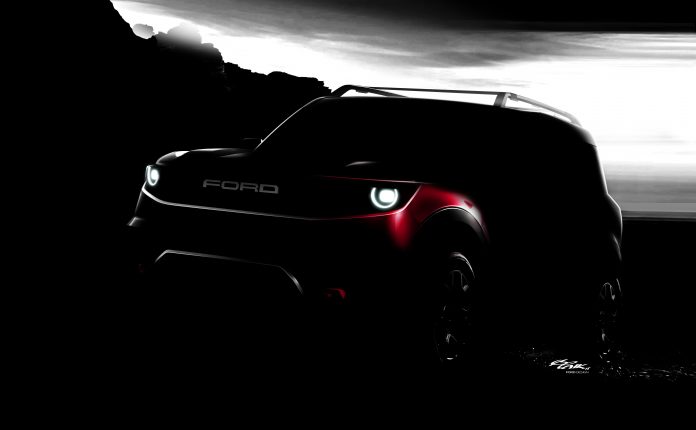 Ford Motor Co. in Dearborn today announced it has plans for an all-new lineup of connected cars, SUVs, and hybrids. By 2020, Ford says it will offer North America’s freshest lineup among all full-line automakers, with its average showroom age dropping from 5.7 to 3.3 years as it replaces three-quarters of its lineup and adds four new trucks and SUVs.

Ford is putting a lot of stock into hybrids, offering customers performance and capability, but serving as a hedge against higher gas prices.

“Hybrids for years have been mostly niche products but are now on the cusp of a mainstream breakout,” says Jim Farley, Ford president of global markets. “The valuable capability they offer, plus fuel efficiency, is why we’re going to offer hybrid variants of our most popular and high-volume vehicles, allowing our loyal, passionate customers to become advocates for technology.”

“Our passion for great vehicles is stronger than ever,” says Jim Hackett, Ford president and CEO. “This showroom transformation will thrill customers, driver profitable growth, and further build toward our future of smart vehicles in a smart world.”

Ford plans on adding several new models and powertrains to its truck line, and, by 2020, will boast an industry-leading lineup of eight SUVs, five of which will offer hybrid powertrains and one battery electric.

After adding an all-new model at each end of the SUV spectrum — the subcompact EcoSport and full-size Expedition — Ford’s next push is in the highest volume SUV segments. The company plans to release new versions of the Escape and the Explore next year.

Ford will also drive growth with the new Bronco and a yet-to-be-named off-road small utility vehicle.

“Ford helped start the off-road phenomenon and has majored in off-road capability for decades, from the Bronco to the Raptor,” Farley says. “Now, we’re ready to reclaim our rightful place as the off-road vehicle leader.”

In the commercial vehicle space, Ford plans to debut a new Transit with 4GLTE connectivity in 2019, extend production of its E-Series cutaway and stripped chassis into the 2020s and offer Automatic Emergency Braking, Lane Departure Warning, Driver Alert System, and more on future E-Series, F-650, F-750, and F59 chassis products.

“We’re looking at every part of our business, making it more fit and ensuring that every action we take is driven by what will serve our customers in a way that supports our fitness and performance goals,” says Joe Hinrichs, president of global operations.

Ford also is moving to flexible vehicle architectures and more common parts across models, cutting new product development time — from sketch to dealer showroom — by 20 percent. The move, Ford officials say, will help it achieve a commitment to deliver $4 billion of engineering efficiencies. The company intends to have the most efficient Product Development organization among full-line automakers within five years.

Ford’s five flexible vehicle architectures — body-on-frame, front-wheel-drive unibody, rear-wheel-drive unibody, commercial van unibody, and BEV — are paired with module “families” that address the power pack, electrical pack, and vehicle configurations. Seventy percent of each vehicle’s engineering will be driven from this new architecture approach, with 30 percent of content — including grilles, hoods, doors, and more — customized for each vehicle.

For instance, as more vehicles become connected, new analytics tools will show which vehicle technologies customers use most often. This new data-driven insight will help determine which features to grow and invest in and which to eliminate, reducing manufacturing complexity, improving pricing, reducing incentives, and building revenue over time.

Simplification is another key aspect of the plan. Ford already has reduced orderable combinations on Ford SUVs by 80 percent since 2014, including a 97 percent reduction on the new Edge coming later this year.

The company also is increasing its use of collaborative robots that can perform jobs quickly and repetitively, helping reduce the risk of injury to employees, freeing them up for more high-value jobs, and improving the company’s bottom line.