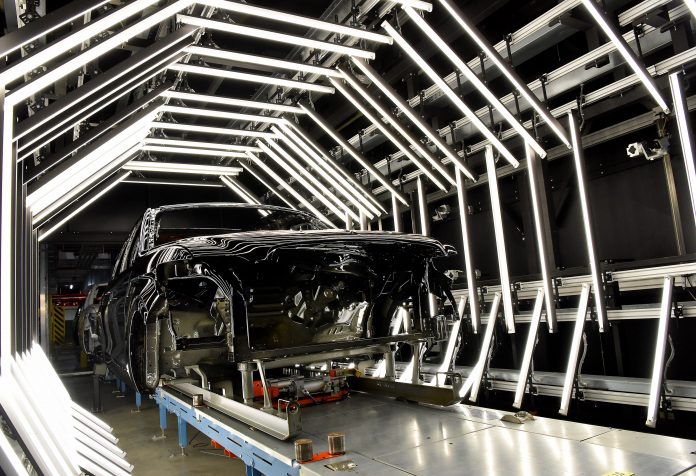 Ford Motor Co., headquartered in Dearborn, is increasing production of two of its full-size SUVs to meet surging demand.

The company is using advanced manufacturing technologies and an upskilled workforce to increase line speed at its Kentucky Truck Plant to build the two SUV models, boosting production targets approximately 25 percent since last fall when the 2018 models hit the market.

The news comes as a bright spot for Ford, which has saw its stock dip below $11 a share to start 2018 after the company announced 2017 earnings that were lower than expected. While the increased production in Kentucky is a short-term boon; SUVs are some of the company’s most profitable vehicles. Ford CFO Bob Shanks predicted earlier this year that higher costs for raw materials and currency volatility will keep expectations down.