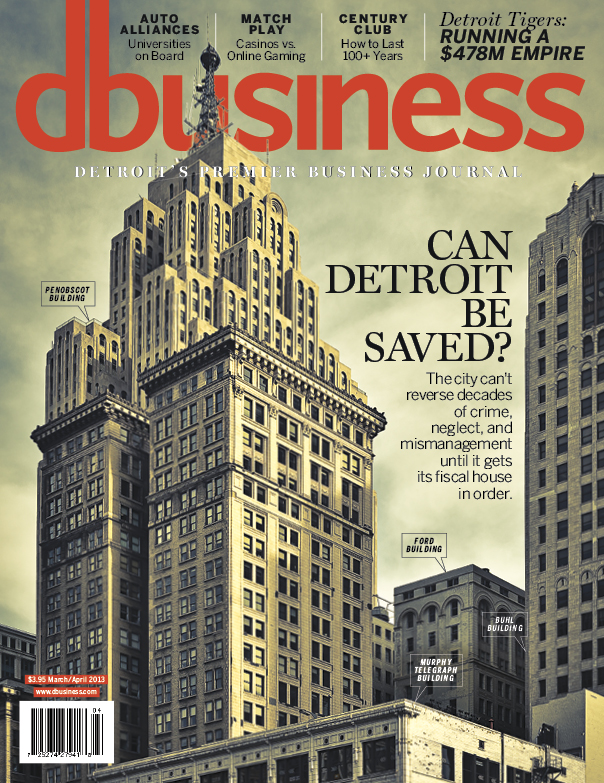 DBusiness magazine was awarded a Silver Award for Best Magazine for Editorial Excellence from the Alliance of Area Business Publishers in its annual competition that recognizes top journalists, photographers, and designers from around the country, Canada, Puerto Rico, and Australia.

Judges said, “DBusiness tells an important tale of how business is surviving for the city (of Detroit). Content-driven covers that elegantly present these ideas entice the reader inside. The storytelling is insightful and pragmatic, both important with the tough subjects encountered with the magazine. This is contrasted with good news stories and fun features that balance the magazine.”

“We’re honored to have been selected as one of best regional business magazines in the country, not only for 2013, but since 2011 when we first started submitting editorial content to the AABP awards program,” says R.J. King, editor of DBusiness and DBusiness Daily News. “We want to thank our readers, advertisers, and sponsors for their continued support. We’re humbled and grateful.”

Since 2011, DBusiness has been awarded eight Gold Medals, seven Silver Medals, and one Bronze Medal for editorial excellence, including Best Magazine for 2011.

The Alliance of Area Business Publishers, headquartered in Los Angeles, is a nonprofit national organization representing 70 independent magazine and newspaper members in the United States, Canada, Puerto Rico, and Australia.