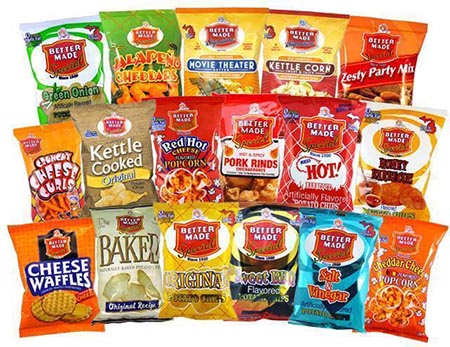 Detroit-based Better Made Snack Foods has created a free GPS-based mobile app that helps customers locate the closest retailer for the company’s hometown potato chip and other products.

“This app is a first in this industry and a lot of fun to have,” says Mark Winkelman, president of Better Made. “We’ve been working on it for a while and wanted to release it as part of our 85th anniversary year. Customers don’t have to go from store to store hoping to find our products, they can simply look on the app.”

The app, available for download from the iTunes App Store and the Google Play store (for Android devices) can be used to order products, find a retailer using the phone’s GPS, and display Better Made contests.

The company, founded in Detroit in 1930, also released a retrospective book on the company’s history to celebrate its 85th anniversary.