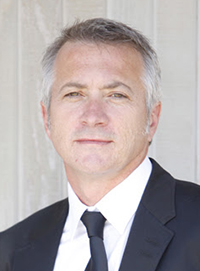 Scoates, a graduate of the Cranbrook Academy of Art who received his Master of Fine Arts degree in photography in 1986, will begin his tenure on Friday. He succeeds Reed Kroloff, who is stepping down after seven years.

“Christopher Scoates has a creative vision and eagerness to embrace new ideology and technology, which make him the ideal choice to provide leadership and management during the next phase of the Academy’s and Museum’s evolution,” says Dominic DiMarco, president of the Cranbrook Educational Community.

DiMarco references Scoates role in founding 5-D: The Immersive Design Conference — a national event focused on film design, narrative media, and new technology — as an example. “He broke new ground in his field. I look forward to working with him on equally innovative projects at Cranbrook,” DiMarco says.

Scoates’ appointment comes at a time of near-record enrollment at the academy, the country’s top ranked, graduate-only program in architecture, design, and fine art. Each year, 75 students are invited to study and live on the Saarinen-designed campus where they focus on such disciplines as architecture, 2-D and 3-D design, ceramics, fiber, metalsmithing, painting, photography, print media, and sculpture.

“Cranbrook Academy of Art’s rich legacy and history of innovation have made it one of the top institutions of graduate education in the visual and fine arts,” says Scoates. “Together, the academy and museum share a commitment to new art and new ideas, and I look forward to developing new partnerships, alliances, and audiences that will extend both the academy and museum programs far beyond the walls of the campus.”

Scoates’ projects have included Lou Reed, Metal Machine Trio: The Creation of the Universe, an ambisonic 3-D installation of the 1975 album called Metal Machine Music; Brian Eno: 77 Million Paintings, an evolving sound and image-scape installation; and Sound Oasis, an outdoor 3-D audio environment with 12 sound artists. He is also the author of Brian Eno: Visual Music (2013) and Bullet Proof… I Wish I Was: The Lighting and Stage Design of Andi Watson (2011).