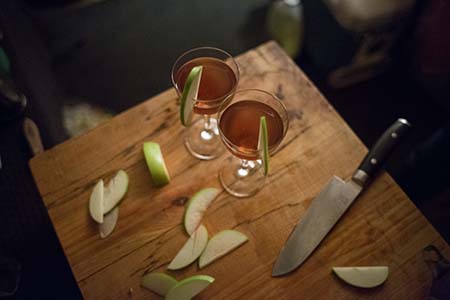 Standby, a restaurant and bar featuring more than 50 inventive craft cocktails, will open in October in The Belt, a renovated alley in downtown Detroit.

“We really just wanted to make a place that we’d feel comfortable going to,” says Joe Robinson, a partner in the venture and the director of hospitality and beverage for the Standby. “I’m all about making a great (cocktail) … but, at the same time, we value people who just need a shot and a beer.”

Standby, 225 Gratiot Ave., will feature the cocktails on the opening menu that are mostly original drinks, although some are inspired by drinks created by Robinson’s favorite bartenders. For instance, one drink will consist of blended rum and bananas that’s run through a centrifuge, a machine with a rapidly rotating container that applies force to the contents to separate fluids of different densities, creating banana juice.

Robinson says the bar will also have a 200-liter liquid nitrogen tank, which will be used to chill a glass or flash freeze ingredients such as mint or basil before it’s muddled so the ingredients don’t brown. 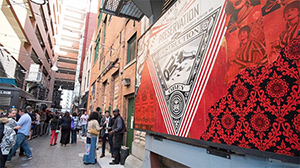 He says the menu, which is organized by type of liquor, such as whiskey, tequila, and gin, will feature a “Standby” in each section that’s a classic drink, like an Old Fashioned. The Standby cocktail will cost about $8, while the average price of a drink will be about $12. Robinson says the menu will be “approachable but still high quality.”

The menu will be “a little different than what people think when they think of bar food,” with a mix of locally sourced seafood, meat, and vegetarian options.

He says the Standby’s bar will seat about 10 people, with 40 seats in the dining area. Standby has an entrance off The Belt through an elevator shaft.

“Our vision was to create a hideaway of sorts,” Robinson says. “The entrance is through an alley into an old elevator shaft, the space is dimly lit and designed to offer a little refuge from your day to day.”

Robison, along with partners Brendon Edwards, chef, Anthony Curis, the owner of the Library Street Collective, and David Goldman, will also open The Skip in The Belt, a casual, outdoor bar. Robinson says construction on The Skip is expected to break ground next week with an anticipated opening of spring 2016.

Street artist Shepard Fairey completed painting a mural in The Belt in May as well as on the north side of the Compuware Building.