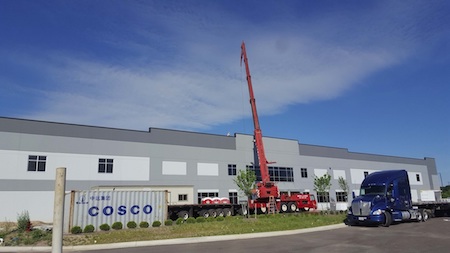 The $50 million investment will be Tremec’s first major manufacturing operation within Michigan, creating about 130 new jobs over the next three years. The expansion will also allow Tremec to have a 127,000-square foot, all-in-one, full-service facility to support their investment. The brokerage on the land and development were John Gordy, Brad Viergever, and Jim Montgomery of Southfield-based Signature Associates.

“With the extremely low vacancy rates in southeast Michigan, we’ve been building speculative light industrial buildings, and the one out in Wixom was the first off the ground,” says Conrad Schewe, senior vice president for product development at CORE Partners. “We’re building these with the goal of getting these companies that are on tight timelines and need high quality space, so it worked out perfectly with Tremec.”

Tremec will use the facility for transmission assembly, research and development, and administrative sales and executive positions.