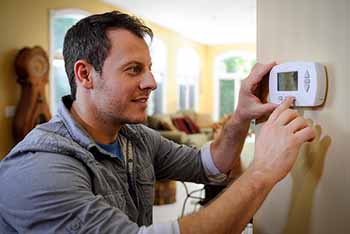 Jackson-based Consumers Energy announced today its natural gas consumers will see lower energy bills starting next month — the lowest in nearly 20 years — which could save the average customer $75 a year.

“The price for natural gas that we’ll put into effect in April continues a decade of falling costs, allowing Michigan residents to put more money toward their household budgets and other needs,” says Tim Sparks, vice president of energy supply operations at Consumers Energy.

He says the announcement follows a winter in which Michigan residents paid less than previous years to serve their homes and businesses. The utility estimates the average household paid $250 less this winter for natural gas compared to the winter of 2014-2015.

Sparks says Consumers Energy lowered natural gas prices with the help of its underground gas storage system, a system of 15 underground storage fields. He says the system allows Consumers to buy gas when it costs less, typically in the summer, to be used in the winter months.

Last week, the utility announced plans to install new communicating electronic meters and gas communication modules by next year so that 1.8 million customers across the state have more information about how they use energy. Customers also can select their electric bill due date.