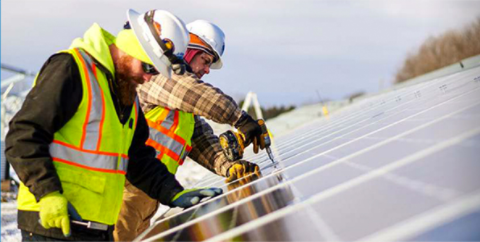 Consumer Energy’s first customer, powering its facilities with 100 percent renewable energy, would be the 1.8 million-square foot Switch data center campus in Grand Rapids, which opened in the former Steelcase pyramid building in March.

“We are excited to power Michigan businesses who prefer it with more and more renewable energy,” says Dan Malone, Consumers Energy’s senior vice president for energy resources. “This program, another element of our clean and lean focus, demonstrates how we can help large Michigan employers like Switch to act on their commitments to our state’s economic and environmental future.”

Under the proposed program, participating businesses would help defray the costs for new renewable energy sources. The pilot program can also be expanded if there is enough customer interest.

Michigan’s new energy law states that 15 percent of energy will come from renewable sources by 2021. Consumer’s Energy currently provides natural gas and electricity to 6.7 million of the state’s 10 million residents in all 68 Lower Peninsula counties.