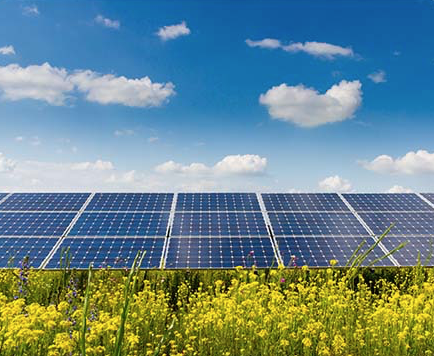 Jackson-based Consumers Energy has launched a community solar program and is looking to build a solar facility at either Grand Valley State University or Western Michigan University that is expected to be operational next year.

“We are excited to be making progress as we seek to develop new sources of renewable energy,” says Tim Sparks, vice president for energy supply operations for Consumers Energy. “We look forward to watching Solar Gardens grow as we continue our relationship with Michigan residents to protect and preserve the environment.”

Sparks says Consumers Energy customers can start enrolling in the Solar Gardens program later this year. Pricing for the program will be announced by the end of the year.

The utility is looking into building more solar facilities across its service territory based on consumer interest. Last year, Consumers Energy reached its goal of generating 10 percent of its electricity from renewable sources, which include two wind farms and contracts to buy electricity generated by wind, landfill gas, anaerobic digestion, and hydroelectric generation.