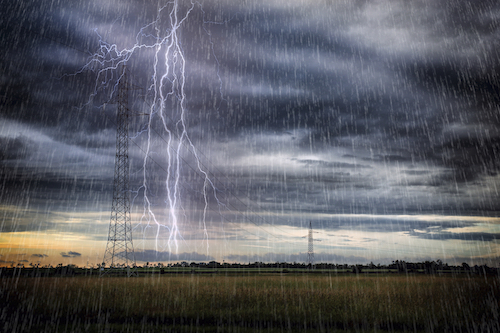 “We developed the mobile command centers to be versatile to support our diverse electric and natural gas operations,” says Annette Gardiner, vice president of shared services for Consumers Energy in Jackson.

She says the vehicles, which are based in Jackson and Clinton Township, are ready to be deployed whenever they’re needed.

Each mobile command center is equipped with backup satellite internet and 800 MHz radio equipment to keep communication channels available in case typical systems are not operating.

They also feature five laptop-ready workstations; a plotter to print large maps and blueprints; a conference table; and a large exterior television screen, which can be used to provide training to crews from out-of-state utilities when Michigan experiences damaging storms.

“These vehicles are conference rooms on wheels, where leaders can be with crews in the field with the resources needed to resolve emergencies safely and efficiently,” Gardiner says.