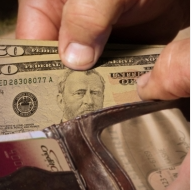 U.S consumer optimism fell in March after reaching a 10-year peak in the first quarter of 2015, says a University of Michigan survey, however, consumer spending is expected to increase by the end of the year.

“The harsh winter weather and the small rebound in gas prices caused some slippage in consumer confidence since the start of the year,” says Richard Curtin, an economist and survey director at U-M in Ann Arbor. “(However), expanding job opportunities as well as more favorable wage gains have meant that consumer spending will strongly rebound during the balance of the year.”

Consumer confidence fell to 93 in March, down from 95.4 in February. Curtin says most of the variation was among lower income households, whose budgets are more strongly affected by higher utility costs. Middle-income to higher-income households, however, recorded gains in confidence.

The survey found consumer spending weakened in the first quarter of 2015, but projections are spending will post a gain of about 3 percent by the end of the year.

The survey also looks at views of home buying conditions. Consumers’ opinions remained favorable, although their reasoning changed from previous surveys. Consumers are expecting low mortgage rates to continue, instead of being dependent on low home prices.