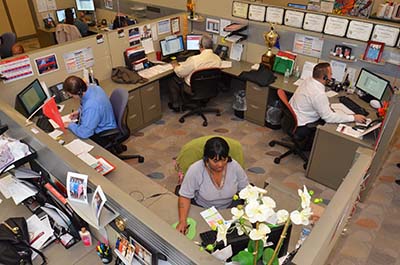 Comcast will implement several new initiatives over the next year focused on downtown Detroit and Midtown, including investing $3 million in its local network to build fiber throughout the city and offering a new service with one gigabit speeds.

“Particularly in the downtown and Midtown areas, there’s been so much development going on and so much new development coming forward that … we’re making some incremental investments in that area because the pace of growth and the expectation of future growth is such that we want to get out ahead of that demand,” says Tim Collins, senior vice president of Comcast in Michigan.

Collins says Comcast plans to upgrade the core network in Detroit, including extending fiber closer to core buildings and increasing the capacity of the network.

Collins says Comcast will deploy public, outdoor Wi-Fi hotspots across Detroit. Specific locations have not yet been named. Early next year, Comcast will open an Xfinity retail store for residential customers along Woodward Avenue in Detroit’s Midtown district, along with a business-to-business sales office nearby facing Selden Street.

“We wanted an accessible (store), and we wanted to get on Woodward so it was visible,” Collins says. “The M-1 Rail (coming in early 2017 will) run right in front of the store. It’s very accessible for anyone downtown who can take the M-1 Rail to come right up there, and then of course it’s accessible to foot and bike traffic.”

“While there are some new players building new networks — they build out to one building and that building can get one gigabit — we’ve got a network that already serves all of the homes and most of the businesses in our area,” Collins says. “When we’re able to deploy one gigabit speeds in residential areas, it doesn’t require us to build a whole new network.”

He says Comcast is hiring nearly 400 employees over the next year, which will be mostly call center and field technician jobs in locations such as Ann Arbor, Plymouth Township, and Sterling Heights.