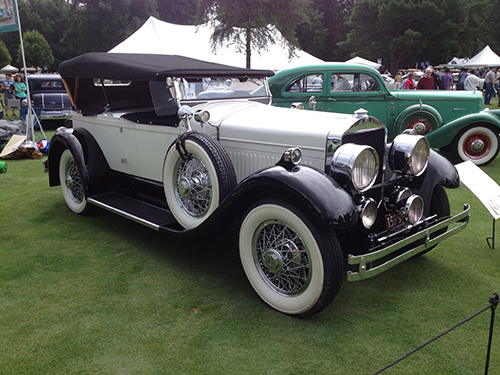 McKeel Hagerty, president and CEO of Hagerty Insurance in Traverse City, and publisher of the Hagerty Price Guide, says the market’s strength is “an issue of supply and demand. There’s a growing group of capable collectors chasing a limited supply of great cars.”

Prior to 2008, Hagerty says a public sale has never exceeded $10 million. This past summer, two cars sold publically for nearly $30 million each. “When it comes to the rarest and best examples of top-tier collectibles, it’s clear we have not yet found the upper limit for values,” he says.

At RM Auctions’ Monterey event this past August, a 1967 Ferrari 275 GTB/4*S N.A.R.T Spider sold for $27.5 million, establishing a new world record for a Ferrari sold a public auction. It is now considered to be the most valuable road car ever sold at auction.

“Our belief is that people are very judicious in what they’re looking for,” says Alain Squindo, vice president of RM Auctions. “They’re looking for the best of the best, and when the best comes to market, they’re ready to buy. Oftentimes, those moments signify, quite literally, once-in-a-lifetime moments.

“In the case of (the Ferrari), it was just that: a once-in-a-time opportunity.”

Other examples of vehicles that hit high price marks in Michigan this year include a 1929 Duesenberg Model J Dual-Cowl Phaeton at $682,000, 1932 Packard Individual Custom Eight Convertible Victoria at  $374,000, and a 1932 Packard Twin Six Sport Phaeton at $330,000 — all sold during RM Auction’s St. John’s sale in Plymouth this past July.

Other notable market shifts as reported by the Hagerty Price Guide include: