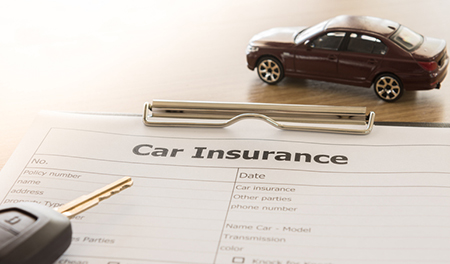 The Coalition Protecting Auto No-Fault (CPAN) in Detroit has filed a motion in the U.S. District Court for the Eastern District of Michigan aimed at protecting Michigan drivers from excessive and discriminatory auto insurance rates.

The court documents seek intervention to join a lawsuit filed in August 2018 by Detroit Mayor Mike Duggan. In that lawsuit, Duggan alleged that because auto insurance rates are excessive, the Michigan no-fault law has become unconstitutional and, therefore, should be judicially repealed.

Although CPAN agrees that Michigan drivers deserve meaningful relief from high insurance premiums, it disagrees with Duggan as to the proper remedy for addressing the insurance rate problem.

In its court filing, CPAN alleges that Michigan’s high auto insurance rates are directly related to the unfair and discriminatory rate-making practices utilized by Michigan insurance companies, particularly with regard to factors such as gender, marital status, educational level, home ownership, and credit scoring.

CPAN charges that these rate-making practices violate Michigan law and should have been prohibited long ago by the Michigan Department of Insurance and Financial Services (DIFS), which is currently headed by Director Patrick M. McPharlin.

“What CPAN is fighting for is quite simple:  We want the person in this state who is charged — by law — with protecting Michigan drivers from excessive rates to actually do his job,” says John Cornack, president of CPAN.  “For far too long, insurance companies have gotten away with inflicting high, discriminatory auto insurance prices against Michigan drivers.

“The leader charged with keeping the insurance industry in check has done nothing. Why? Is there a fox watching the henhouse? If Director McPharlin won’t stand up and protect Michigan taxpayers, we aim to require him to start doing so through this lawsuit.”

CPAN is a coalition of consumer advocacy groups and health care professionals that has fought for many years to prevent insurance companies from taking away vitally important rights to medical care for the victims of motor vehicle accidents.

“There is no question that under the Shavers decision, Michigan motorists have a due process, constitutional right to fair and equitable auto insurance rates,” says George T. Sinas, general counsel of CPAN. “Unfortunately, however, the State of Michigan has not adequately protected those rights with effective oversight of the insurance industry. The proper solution to protect Michigan motorists is most certainly not to dismantle the entire no-fault system which Mayor Duggan’s lawsuit seeks to do.

“Rather, CPAN’s proposed remedy seeks to preserve the auto no-fault system, while at the same time, forcing insurance companies to utilize rate-making practices that will result in fair and equitable auto insurance premiums. Unfortunately, however, the mayor’s lawsuit does not have that same objective. Rather, his lawsuit seeks to throw the baby out with the bath water, while CPAN seeks to clean up the bath water and save the baby.”

Specifically, in its court documents, CPAN asks the U.S. District Court to:

“By seeking to throw out the entire auto no-fault law, Mayor Duggan is clearly on the opposite side of the issue from his voters,” Cornack says. “According to a recent survey of Michigan voters by ROI Insight, nearly two-thirds (64 percent) of voters statewide support protecting lifetime catastrophic care for auto accident victims. That number climbs to nearly 70 percent (69 percent) in the City of Detroit.

“In addition,” Cornack says, “eight in 10 (80 percent of) voters in Detroit — nearly two-thirds statewide — blame the State of Michigan for high auto-insurance rates, because of inadequate oversight and regulation of the insurance industry.”

In states without the benefit of an auto no-fault system, victims of auto accidents often are forced into bankruptcy due to the cost of care, which can last a lifetime depending on the severity of injuries sustained. In other states, the costs of such care are shifted to taxpayers generally, because costs are shifted to the state through the Medicaid system. When Colorado changed from a no-fault to a tort state, its Medicaid cost increased by 205 percent.

The Coalition Protecting Auto No-Fault is a broad-based coalition of organizations representing consumer advocacy groups and health care professionals of all political persuasions. The organizations are united to preserve Michigan’s no-fault auto insurance system and to make sure that the Michigan auto insurance industry kept the original no-fault promise it made to Michigan citizens when the No-Fault Act was passed in 1972.