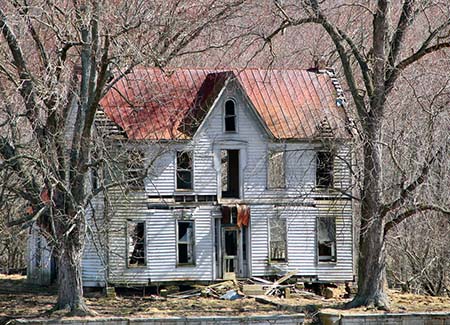 Margaret Dewar, a professor of urban and regional planning at U-M and the author of the study, says making abandoned commercial and residential properties available through a managed sales program is the better option for distressed cities.

Dewar says in cities with population loss and employment decline, there are often abandoned properties. The governments then sell tax liens or sell the property at an auction.

“The objectives of the sales are to recoup at least some of the lost municipal revenue quickly and to move property back into private ownership,” Dewar says.

However, Dewar says an auction is not the best way to ensure that abandoned properties return to productive use and yield future tax returns. After studying the reuse of tax-foreclosed properties in Flint and Detroit, she found in auctions, purchasers have about 24 hours to deliver full payment. The individuals who have the financial means to accept the conditions often flipped properties or rented houses without making improvements.

Dewar says city officials could improve the outcome of auctions by alerting the public about properties up for auction and holding open houses for prospective buyers to examine the properties.

“Auctions could allow more time for a purchaser to find funds to pay for property and clear title,” Dewar adds.

The findings appear in the current issue of the Journal of Planning Education and Research.â€‹