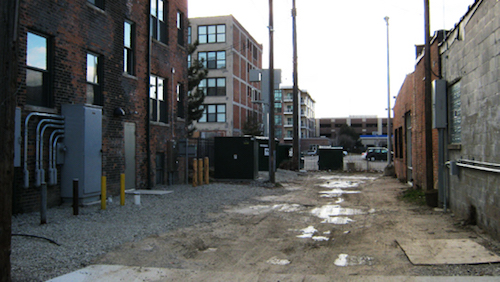 Detroit’s Planning and Development and its Housing and Revitalization departments are seeking proposals to redevelop two city-owned parcels in Midtown that combined could add up to 260 residential units.

The site of the former Wigle Recreation Center, located at 901 Selden St., three blocks west of Woodward Avenue, is the largest publicly held, contiguous development site in Midtown. The competitive bid for the 7-acre site asks developers to offer a well-designed, walkable, environmentally sustainable, mixed-income neighborhood of between 150 to 200 residential units, with open spaces that connect to the surrounding blocks.

Proposals for the site should include a mix of residential unit types and sizes, with at least 50 percent of the units made available to renters.

The city also is seeking proposals to develop a vacant site in Midtown’s Sugar Hill Arts District. Proposals must create a walkable, mixed-use, mixed-income community that includes at least 60 units of multifamily rental housing in addition to ground-floor retail and structured parking.

The 1-acre site, which is designated a national and local historic district, is bounded by East Forest, John R, Garfield, and Woodward Avenue, and features The Museum of Contemporary Art Detroit and the N’Namdi Center for Contemporary Art.

Consistent with Detroit’s approach to residential projects that include city land or financial participation, 20 percent of the units in the project proposals, which must be received by Nov. 14, must be made available to households making 80 percent of the area median income or lower.

“As the city rebuilds its population density, we are going to do everything we can to make sure Detroiters of all income levels have the ability to live in these new developments,” says Arthur Jemison, director of housing and revitalization for Detroit. “That includes some of the best new developments in downtown, Midtown, and along the east riverfront.”

He says the city expects to select developers by mid-December, and there will be a community engagement process that will allow residents in the area to be involved in the selection.