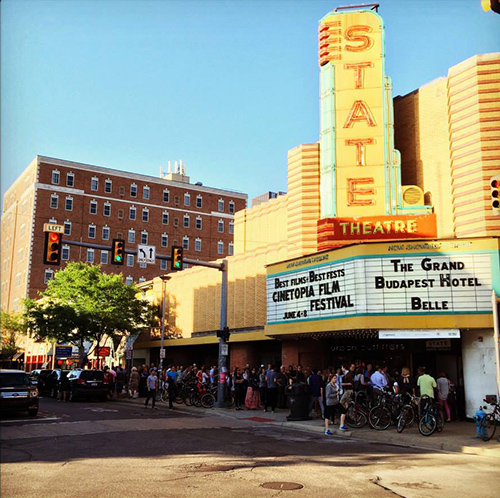 Following a 50 percent boost in attendance at the third annual Cinetopia International Film Festival — which drew more than 15,000 people to 52 films shown in Detroit and Ann Arbor earlier this month — event organizers are already planning for next year’s festival.

Attendees of the 2015 — scheduled for June 3-7— can expect to see growth in terms of both attendance and sponsors, says Russ Collins, the festival’s founder. “We could not be more grateful for the support of our many Cinetopia sponsors. This really is a community effort,” he says.

This year, Cinetopia achieved several milestones, including more venues and more filmmakers in attendance. The festival drew 40 actors, directors, and producers from its feature-length films. Among them were Spike Lee for a special 25th anniversary screening of his film, Do the Right Thing at the Michigan Theater in Ann Arbor, and actress Pei-Pei Cheng of Crouching Tiger, Hidden Dragon.

The 2014 festival also included its first-ever Detroit Voices competition. More than 70 residents from Macomb, Oakland, Wayne, and Washtenaw counties submitted films, the best of which were compiled into a program that was screened several times throughout the festival. Sound and Fury by a team of students from the Detroit School of Arts won the youth competition, while Timothy Peoples’ 4-minute-long Introspective won the adult competition.

Another addition to this year’s festival included Cinema Circus, which brought free movie screenings and acrobats and other entertainers to neighborhoods in Detroit and Ann Arbor during the two weeks building up to Cinetopia.

Between ticket sales and sponsorships, the Michigan Theater in Ann Arbor met its attendance and growth benchmarks. About two-thirds of the total revenue generated came from presenting sponsors, Collins says.