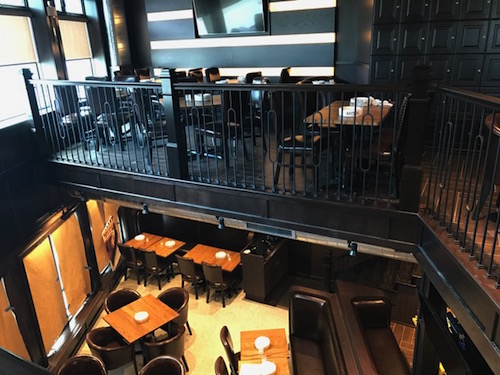 Churchill’s Bistro and Cigar Bar is opening a new location today in Grosse Pointe Woods. The two-story restaurant will be open daily for lunch and dinner and offer a full menu, a wide range of cigars, accessories like lighters and cigar cutters, as well as a 280-square-foot walk-in humidor.

“We completely gutted the building (in Grosse Pointe Woods) and added a new kitchen, a state-of-the-art ventilation system that exchanges the air 15 different times within an hour, and we added lots of wood and stone surfaces along with a full bar and flat-screen televisions,” says Zaitouna. “It’s very similar to the Birmingham location.”

The menu will include a full line of appetizers such as shrimp cocktail, oysters Rockefeller, calamari, and jumbo lump crab cake. In addition to several salads, entrees include filets, seafood, chicken picatta, Ashton penne pasta, and lamb chops. Desserts include key lime pie, black and white cheesecake, and crème brulee.

“We’ve been working on the building for 14 months,” Zaitouna says. “The second floor will be a private lounge for members, and there are 50 cigar lockers that are self humidified that you can rent for one or two years. At times, if we are at capacity, we will open the second floor for public dining.”

Zaitouna says he chose the location due to a number of favorable demographics, including the fact that seven different cities are located within a three-mile radius of the restaurant. Next, summer, he will add an outdoor patio.