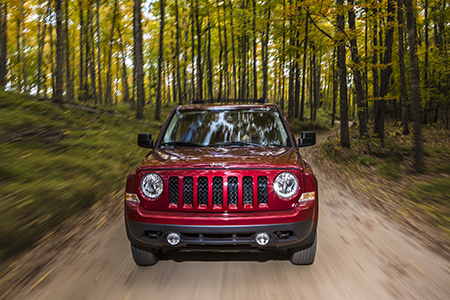 In Auburn Hills, Chrysler posted U.S. sales of 198,379 units, making it the automaker’s best August since 2002. Sales of the all-new 2015 Chrysler 200 mid-size sedan were up 39 percent last month compared with the previous month of July. Overall, however, the Jeep brand led the way with a 49 percent increase in sales for August.

In Dearborn, Ford Motor Co.’s sales of 222,174 vehicles showed a 0.4 percent increase from sales during the same period last year.

“Both Fusion and Escape set records in August, each continuing on a strong pace toward 2014 being a best-ever sales year,” says John Felice, Ford’s vice president of U.S. marketing, sales, and service. “It also was another solid month for F-Series, which again topped 60,000 sales and maintained its lead as the best-selling pickup in the U.S.”

“We see a strong fall selling season ahead for GM and the industry, which sets the stage for the launches of the Chevrolet Colorado and GMC Canyon,” says Kurt McNeil, U.S. vice president of sales operations for GM. “Car-buying fundamentals like employment and energy prices are in good shape, consumer confidence has reached a post-recession high.”