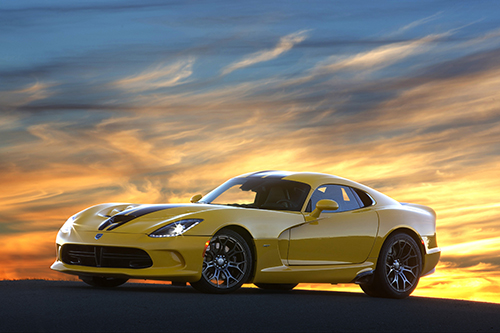 As part of today’s release of Fiat Chrysler Automobiles’ 5-year business plan, Chrysler Group announced that its SRT high-performance line (Street & Racing Technology) will be consolidated under the Dodge brand.

“I want to thank Ralph for his dedication to the SRT brand,” says Sergio Marchionne, chairman and CEO of Chrysler Group. “Under Ralph’s leadership, the SRT brand expanded its vehicle lineup to include more highly customized models and received numerous automotive awards and distinctions.”

Marchionne and his leadership team presented Fiat Chrysler Automobiles’ business plan for 2014-18 to an audience of nearly 400 people in Auburn Hills today. The automaker predicts sales will grow to about 7 million vehicles by 2018, up from 4.4 million in 2013. Plans call for at least two plug-in hybrid electric models and eight new Alfa Romeo vehicles over the next four years. For an overview of the presentations, visit fcagroup.com/investorday.