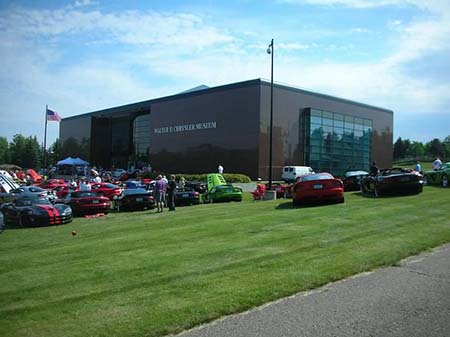 The Chrysler Employee Motorsport Association, which is made up of current and retired employees, is sponsoring its 26th annual Charity Car Show Saturday in Auburn Hills to benefit the Leader Dogs for the Blind in Rochester.

“It’s an event truly open to everyone, not only employees and car owners,” says Juliana Moxley, spokeswoman for the event. “The show gets a variety of car enthusiasts and even many families in attendance.”

Moxley says the show will include a variety of models and makes, spanning automobiles made in the 1930s to current vehicles. Awards will be given out to the vehicles at the show, including best paint, best sports car, best in show, and more.

The show will include a presentation on jet age design from Steve Pasteiner, president of Rochester-based Advanced Automotive Technologies. The show will also feature recognition of the 60th anniversary of the Chrysler 300.

Last year’s show boasted an attendance of over 2,500 people along with more than 400 vehicles.

Admission is free, and will be held at the Walter P. Chrysler Museum at the FCA US campus on 1 Chrysler Drive in Auburn Hills. For more details, click hereâ€‹.