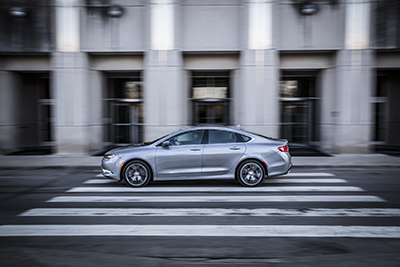 Both Chrysler Group and General Motors Co. today reported year-over-year sales gains for June, at 9 percent and 1 percent, respectively. Ford Motor Co., on the other hand, saw a 6 percent decline in its U.S. sales.

Auburn Hills-based Chrysler Group, which sold 171,086 units in June, reports that sales of the new Chrysler 200 topped 5,000 units in June, up from 595 units in its first month on sale in May.

“In spite of two fewer selling days in June versus a year ago, we were able to increase our sales 9 percent and post our strongest June sales in seven years,” says Reid Bigland, head of Chrysler’s U.S. sales. “In addition, sales of the Jeep brand increased 28 percent and our Ram Truck brand 14 percent helping to lead Chrysler Group to its 51st-consecutive month of year-over-year sales growth.”

In Detroit, General Motors delivered 267,461 vehicles in the U.S. last month, up 1 percent from 2013. On a selling-day adjusted basis, however, the automaker’s total sales were up 9 percent, says Kurt McNeil, U.S. vice president of sales operations

“June was the third very strong month in a row for GM, with every brand up on a selling-day adjusted basis,” McNeil says. “In fact, the first half of the year was our best retail sales performance since 2008, driven by an outstanding second quarter.”

“Both the Fusion and Transit Connect set records in June, continuing their sales momentum,” says John Felice, Ford’s vice president of U.S. marketing, sales, and service. “F-Series again topped 60,000 sales and is tracking to our inventory plan with the lowest incentives among the major players in the segment.”