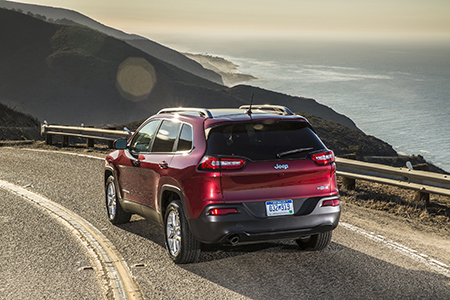 In Auburn Hills, Chrysler Group reported a 22 percent increase in sales over October of last year with 170,480 deliveries last month. The company’s Jeep brand showed the most growth, posting a 52 percent year-over-year increase.

“Chrysler Group is the industry’s fastest-growing automaker driven in part by sales of our all-new Jeep Cherokee and Chrysler 200 midsize sedan, and by the strong consumer demand for our award-winning Ram pickup trucks,” says Reid Bigland, head of U.S. sales.

“The U.S. economy has steadily improved all year and now we are poised for a stronger expansion backed by an improved job market, higher consumer confidence, and lower fuel prices,” says Kurt McNeil, U.S. vice president of sales operations. “We have a strong hand to play, with the industry’s newest and most complete lineup of pickups and SUVs, class-leading crossovers like the Buick Encore, and a wealth of new products in the pipeline.”

Ford, which delivered 188,654 vehicles last month, down 2 percent from the year before, attributes the overall decline to plant changeovers as the company prepares for the introduction of the 2015 F-150. That said, representatives for the Dearborn-based company praised the continued strength in sales of Ford Fusion.

“Fusion is an outstanding success story with October marking six straight months of record sales,” says John Felice, vice president of U.S. marketing, sales, and service. “Fusion is on pace to break the 300,000-vehicle mark this year for the first time ever. Plus, based on the strong sales of the all-new MKC, Lincoln produced its best sales results in October since 2007.”