General Motors Co. today announced the 2016 Chevrolet Malibu Hybrid LT will be available next spring with a starting price of $28,645 and an estimated 48 mpg for city driving.

“The Malibu leverages knowledge and technology directly from the second-generation Chevrolet Volt,” says Steve Majoros, marketing director of Chevrolet cars and crossovers. “By leveraging technology, we are broadening our level of expertise and lessons learned to bring consumers a world-class hybrid.”

Majoros says the all-new hybrid powertrain uses a modified drive unit and electric motors used in the 2016 Chevy Volt. He says GM estimates the midsize car gets 48 miles per gallon in the city and 45 miles per gallon on the highway. Official U.S. Environmental Protection Agency estimates are still pending.

Majoros says the Malibu will offer a seven-inch diagonal color touch screen in the dashboard, and is available with Apple CarPlay, Android Auto compatibility, and a rear vision camera. Other standard features include 10 airbags, cruise control, and a push-button start. The 1.8-liter hybrid engine is paired with a two-motor electric drive unit.

The 2016 Malibu is built at the GM Fairfax Assembly facility in Kansas City, Kan. from globally sourced parts. 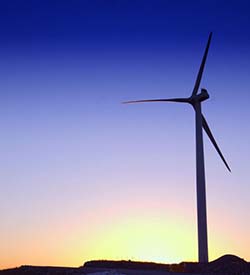 IN RELATED GM NEWS, the automaker’s Arlington Assembly plant in Texas will be able to build up to 125,000 trucks a year using wind power from turbines.

“Our investment is helping accelerate the proliferation of clean energy in Texas and the use of wind as a reliable, renewable source of energy,” says Jim DeLuca, executive vice president of global manufacturing at GM. “Our sustainable manufacturing mindset benefits the communities in which we operate across the globe.”

DeLuca says the Arlington Assembly produces more than 1,200 vehicles daily, including the Chevrolet Suburban and Tahoe; the GMC Yukon and Yukon XL; and the Cadillac Escalade and Escalade ESV. The 115 million kilowatt hours of renewable energy will be enough to manufacture more than half of the plant’s annual vehicle output.

The Arlington Assembly expects to start using wind power during the fourth quarter of 2016, avoiding about $2.8 million in energy costs annually.